Carnival Holiday Where to travel?

The carnival holiday will be February 28 and March 1; Monday and Tuesday on the calendar. In this way, you can make a holiday bridge from Saturday, February 26 to that Tuesday, March 1.

The Ecuadorian carnival is very cultural and is celebrated with water, carnival foam, talcum powder or flour to paint the face or any type of vegetable paint. The best known place for this celebration is the city of Guaranda, capital of the Bolívar Province, 4 hours from the capital of Ecuador. 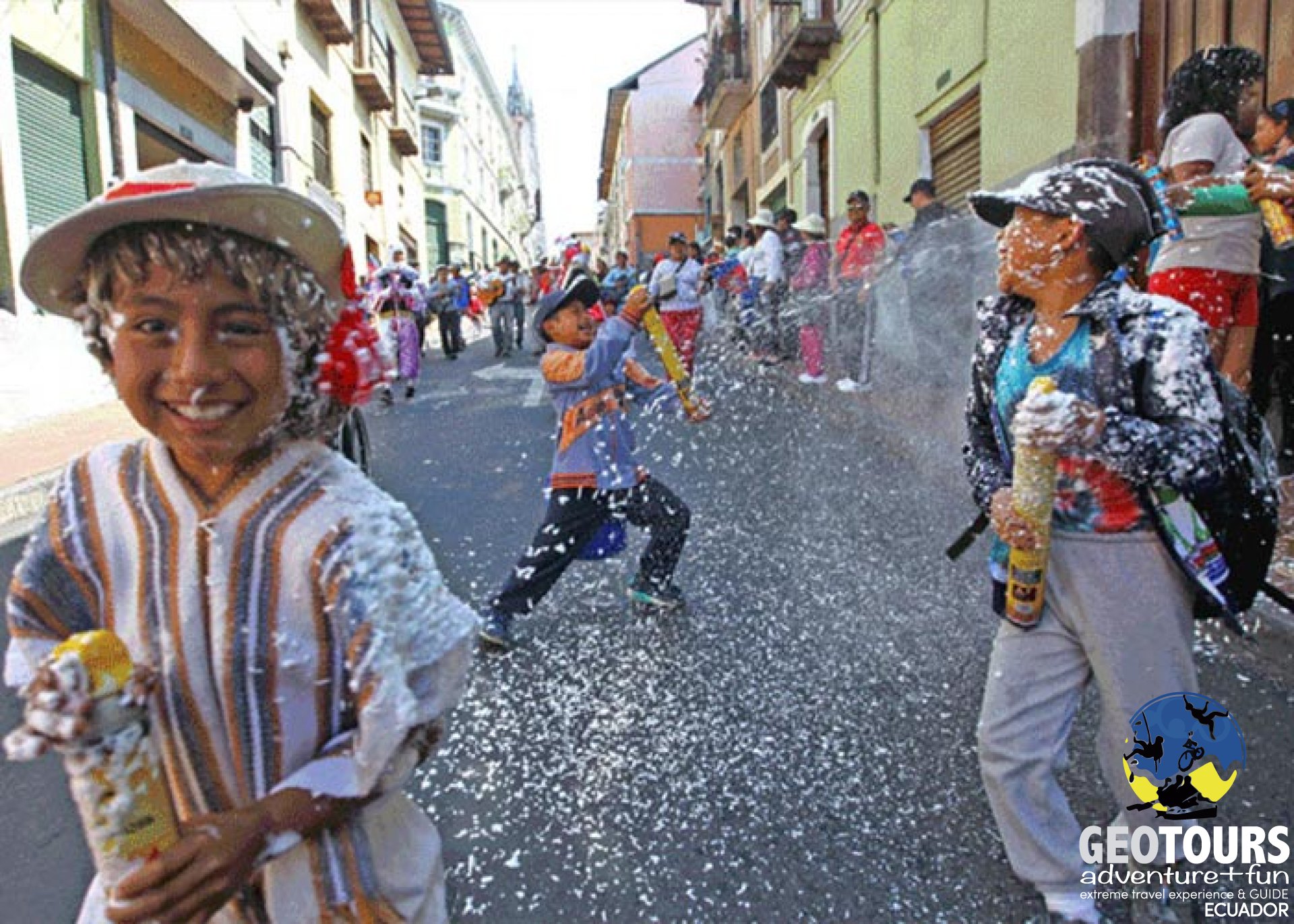 A different celebration is the one that takes place in Ambato, land of flowers and fruits. Where the characteristic, unlike the rest of Ecuador. They are the cultural troupes. Where the parade of floats, decorated with flowers and fruits from the area, takes place and delegations from other countries arrive to parade in it. On the coast the celebration in addition to the water. The foam and balloons also join the cultural celebrations of the area as in Esmeraldas where international festivals of Afro-American cultures are held in places like "La Calle 8" and Balneario las Palmas. This celebration is very well received by the entire population, so much so that in each of the cities beautiful and cultural shows are offered.

Water and some other elements such as flour are also used in a kind of war. Usually between relatives and acquaintances. In addition there are also several public and private shows. The typical dish of this festival in Cuenca is the motepata. However in this area. This date is also used by many to go on vacation to other parts of the country such as Baños de Agua Santa, which is 1 hour by car from the city of Ambato, which is the main city visited for its festivals.

In the city of Baños de Agua Santa you will find endless activities that you can do, such as visiting its viewpoints, thermal pools, photoparks, restaurants, doing activities such as rafting, canyoning, rock climbing, 6-line canopy in Puntzán, which is super close to the Tree House which is also one of the most visited places by tourists this carnival.