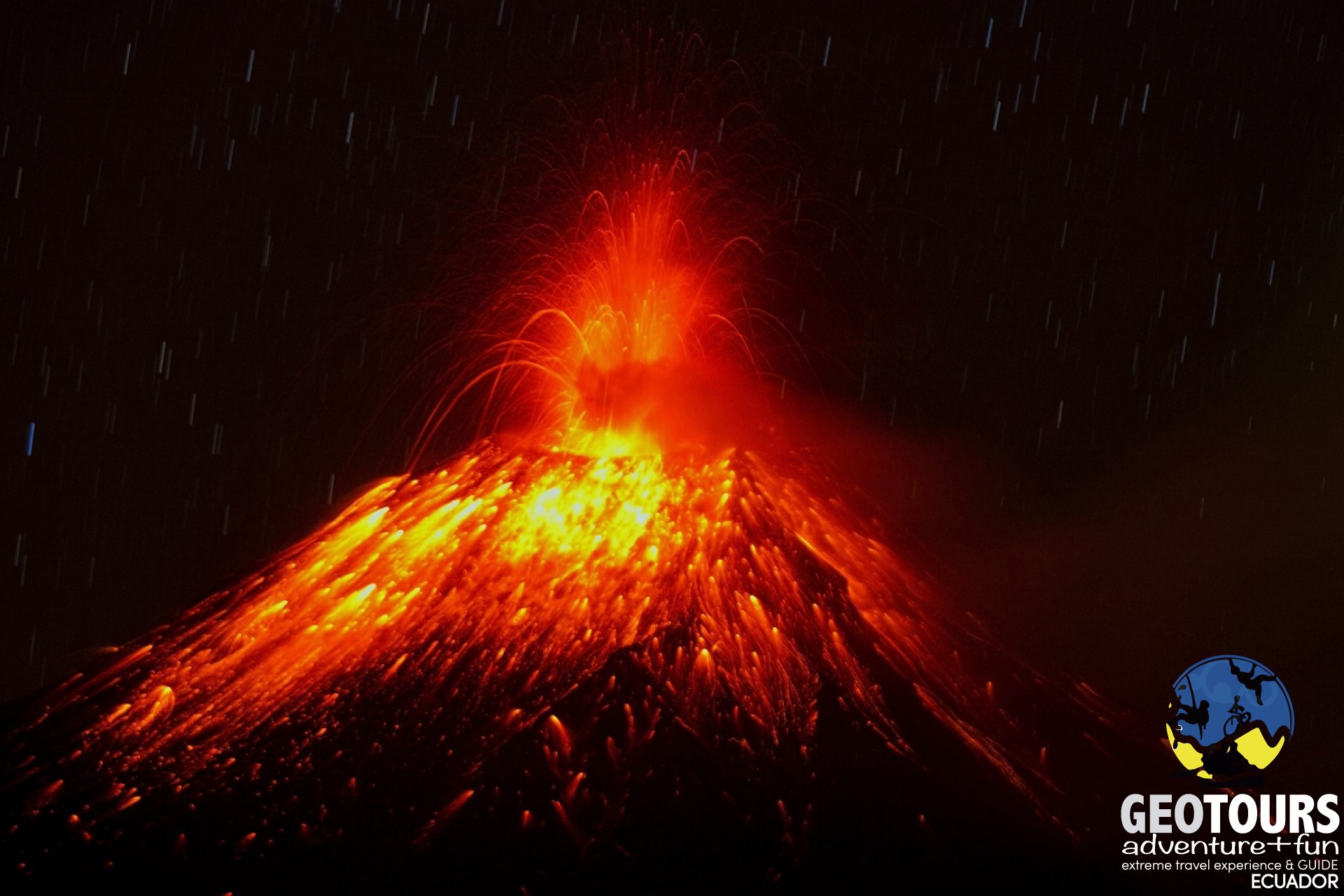 The volcanic zone of Ecuador is very variable and extensive, most of the volcanoes are located in the northern part of the Andes mountain range.

For years the volcanoes have maintained a moderate activity with slight eruptions expelling a little ash. Despite that, at any time they can wake up, the eruptive activity causing great damage.

The Andes mountain range crosses South America from north to south, Ecuador is located on the equator. This mountain range is divided into 2 mountain ranges, precisely in Ecuador, generating an avenue of volcanoes with spectacular landscapes located between a western and an eastern mountain range of 2,500 and 3,000 meters above sea level. 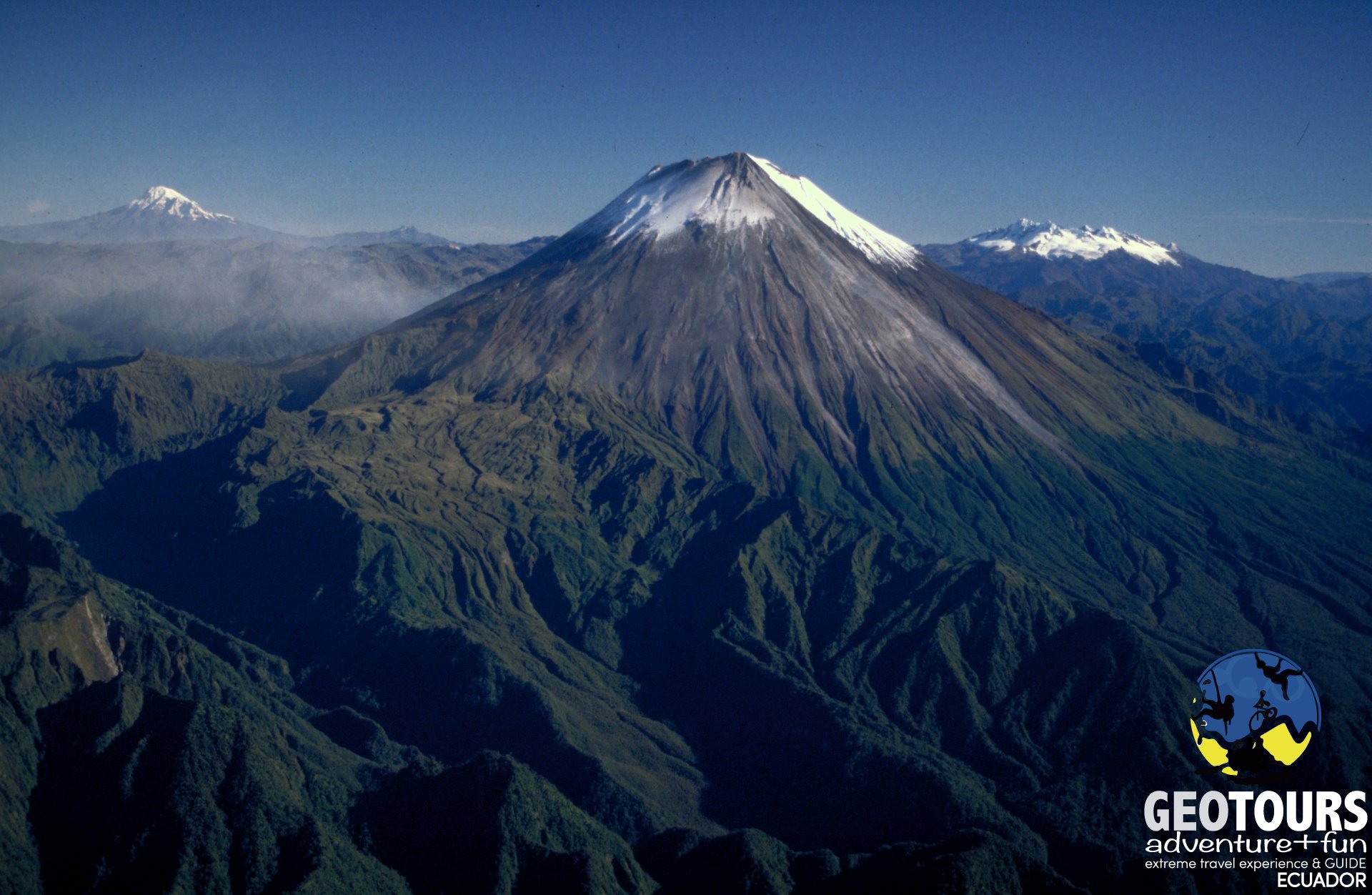 To date, 27 potentially active volcanoes have been recorded in Ecuador, including the volcanoes of the Galapagos Islands. Of these, seven continental volcanoes (Cayambe, Reventador, Guagua Pichincha, Cotopaxi, Tungurahua, Sangay and Potrerillos-Chacana) and seven Galapagos volcanoes (Marchena, Cerro Azul, Fernandina, Santo Tomás/Volcán Chico, Alcedo, Darwin and Wolf) have had eruptions in historical times, that is, since the year 1532. As volcanology studies advance in Ecuador, it is possible that the number of volcanoes classified as "potentially active" will grow.

The Ecuadorian volcanoes were divided by the EPN Geophysical Institute according to the years of their last eruption. There are several volcanoes that had major eruptions in the last 7,000 years in Ecuador, with a Volcanic Index or IEV of 4 and 6 points. 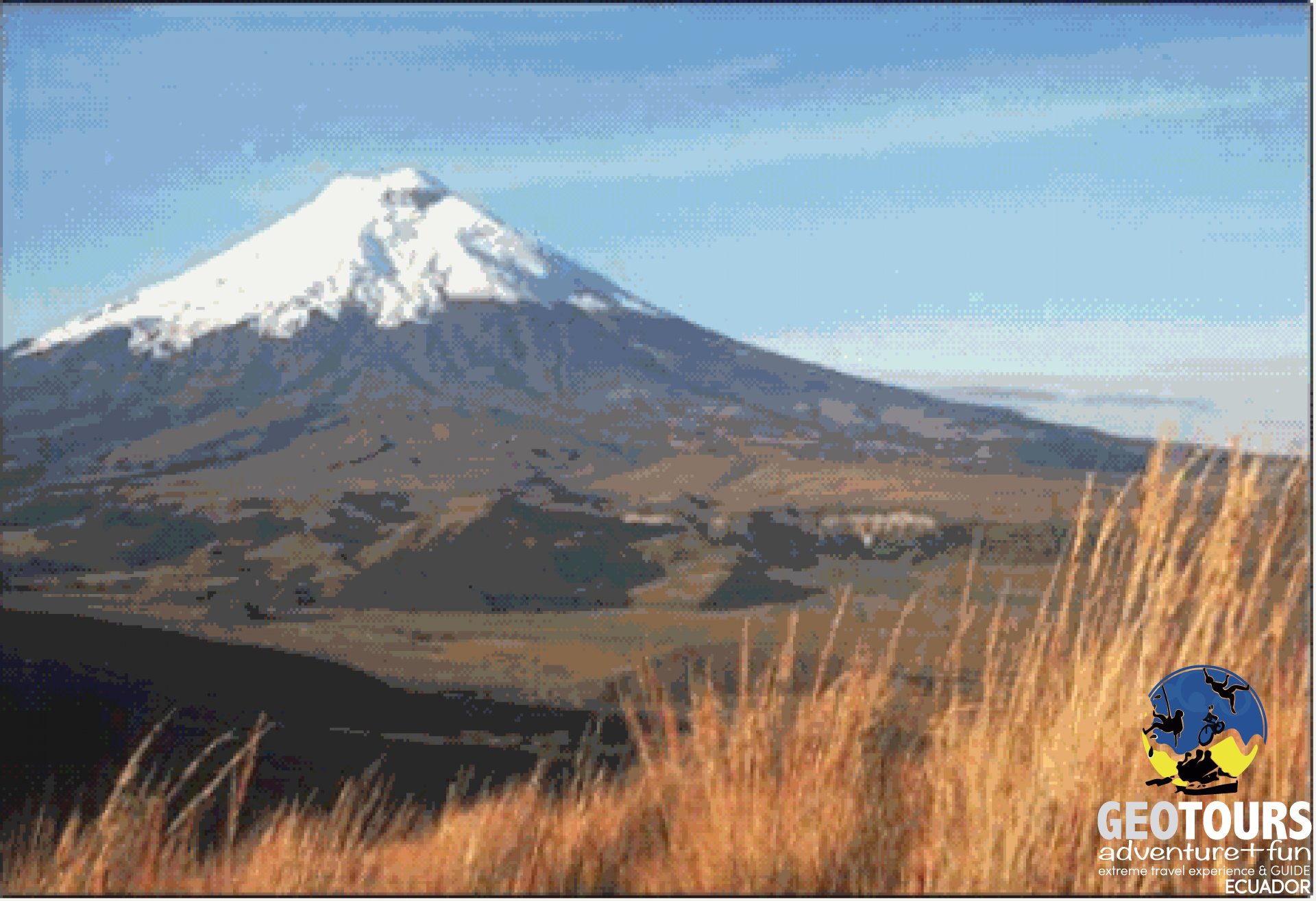 List of volcanoes that have erupted at least once during the last 500 years:

List of volcanoes that were in the process of erupting in the last years:

List of active volcanoes located in the Galapagos Islands:

Predicting a volcanic eruption is almost impossible, so you always have to be prepared and aware of the news, and remember that they are natural phenomena.

When the volcanoes begin to be active, safe refuge areas are set up in case of a possible eruption.

In case of being near the volcanoes, before a possible eruption, it is recommended to leave the place.