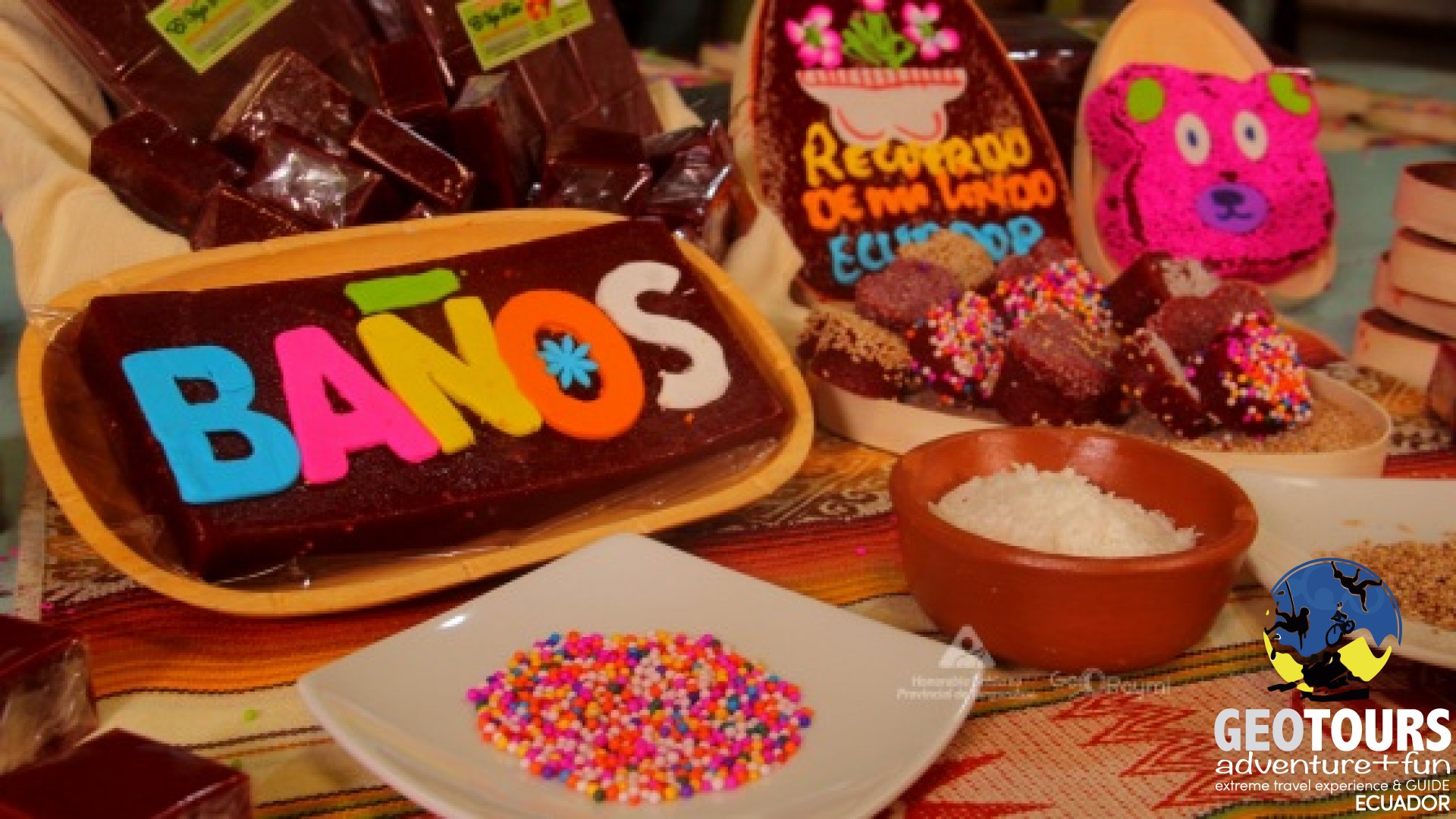 Baños de Agua Santa is located in the province of Tungurahua, in the Ecuadorian Sierra, for this reason it has typical gastronomy of this region. In general, the preparations are composed of ingredients from the mountains and the Amazon. You can find cuy asado, ceviche, empanadas with chocolate, among others.

Undoubtedly thanks to the tourist activity that takes place, the gastronomic offer also includes international dishes such as sushi, pizza, mexican food and more. 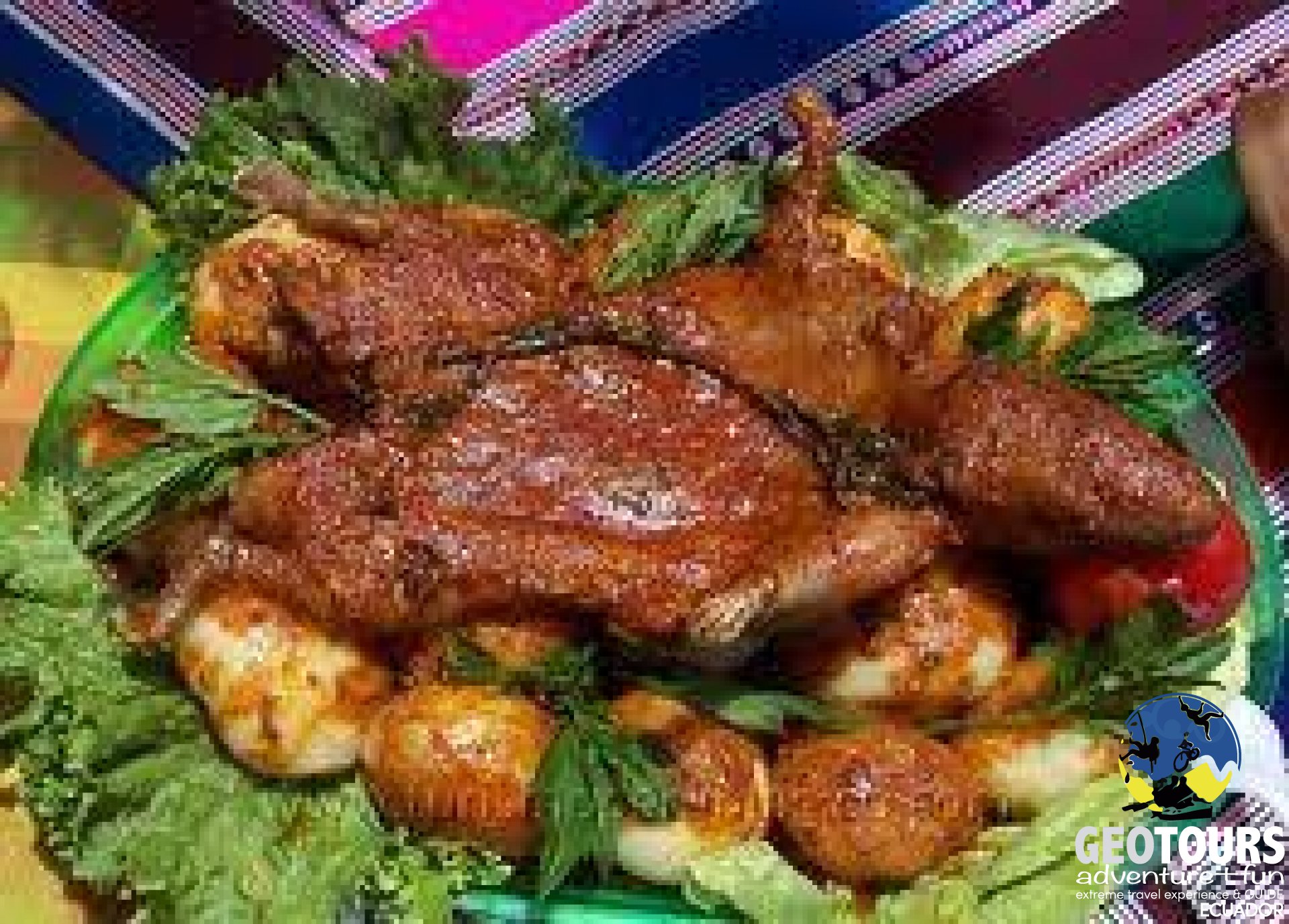 After enjoying a day of adventure in Banos de Agua Santa, these are some of the typical dishes that you can’t  miss:

The cuy asado since ancient times, was an important part as an offering in the celebrations. It should be noted that feeding was not a random practice, since it was linked to the agricultural calendar and the products of each season.

It’s found in the mountains, some parts of the coast and in the Ecuadorian Amazon, the dish has different presentations, but the most representative is the cuy asado with potatoes, corn and mote as a garnish.

The head is considered one of the most precious and delicious parts, in celebrations it is custom to serve it whole.

Its origin dates back to the custom of filling bread with meats or vegetables, which travelers took to consume in the field. Over time, the bread dough was cooked together with its filling and, later, other doughs were made to wrap the filling.

The empanadas de viento are characterized by having an obese texture, since in the frying process they tend to inflate. This dish so enjoyed by Ecuadorians has inside a small amount of cheese previously seasoned with a refried onion, at the same time of serving it is added a pinch of sugar and it is usually accompanied with a tasty glass of morocho.

The empanada de viento became a popular dish, simply because of its low cost and because it was created by and for the people.

The main ingredient of this dish is a cutlet or a fillet of beef seasoned with salt, oil, onion, garlic, cumin and some other herbs to taste that is grilled or grilled, it is accompanied by a small portion of rice, potatoes, fried egg, salad and avocado. In Baños de Agua Santa you can taste it in the main food outlets and in the marketplace.

The llapingacho is of pre-Hispanic origin, it consists of potato tortillas, fresh cheese, and fried onion. Its name comes from the Kichwa ‘llapina’ which means to crush and from the Spanish ‘gacha’, soft dough, served with chorizo, fried egg, beet salad and avocado.

Something typical that you will find in Baños de Agua Santa is cane juice, adding a small amount of liqueur to this refreshing juice makes it an emblematic drink of Baños.

According to the historian, Julio Pazos Barrera, there was a cantina in Baños on the edge of the bridge passing the Pastaza River. Its owner was a man with the surname Guevara; in the same place he had a mill where he sold "puntas" (liqueur), in this place they began to sell a preparation that consisted of a jug of cane juice; apart the glass was served with liqueur and liqueur and drink it at the same time , hence the name sandwich.

In addition to the mentioned dishes, in Baños de Agua Santa you can taste traditional sweets such as melcochas and guava candy.

The production process begins when the sugar cane is squeezed, later, then the vegetable slime of the Guácimo tree is added to this liquid extracted from the cane and boiled until it becomes a thick syrup, to be later placed in a dish.

This is the easy part of the process, as the real work begins once it has to be shaped. The hot piece is placed on a wall, and then it is kneaded several times until the consistency is correct. Most likely, walking through its streets, you will see the preparation of this candy. This is a special type of candy made by hand in various places in Ecuador, they are mainly produced in Baños de Agua Santa.

This is the easy part of the process, as the real work begins once it has to be shaped. The hot piece is placed on a wall, and then it is kneaded several times until the consistency is correct. Most likely, walking through its streets, you will see the preparation of this candy. This is a special type of candy made by hand in various places in Ecuador, they are mainly produced in Baños de Agua Santa.

Then it is removed from the heat and placed in containers, until it cools. The presentations vary according to the mold used in the preparation.

Baños de Agua Santa is a mandatory stop within Ecuador to enjoy various activities related to adventure and, incidentally, enjoy a varied gastronomic offer that this city has. 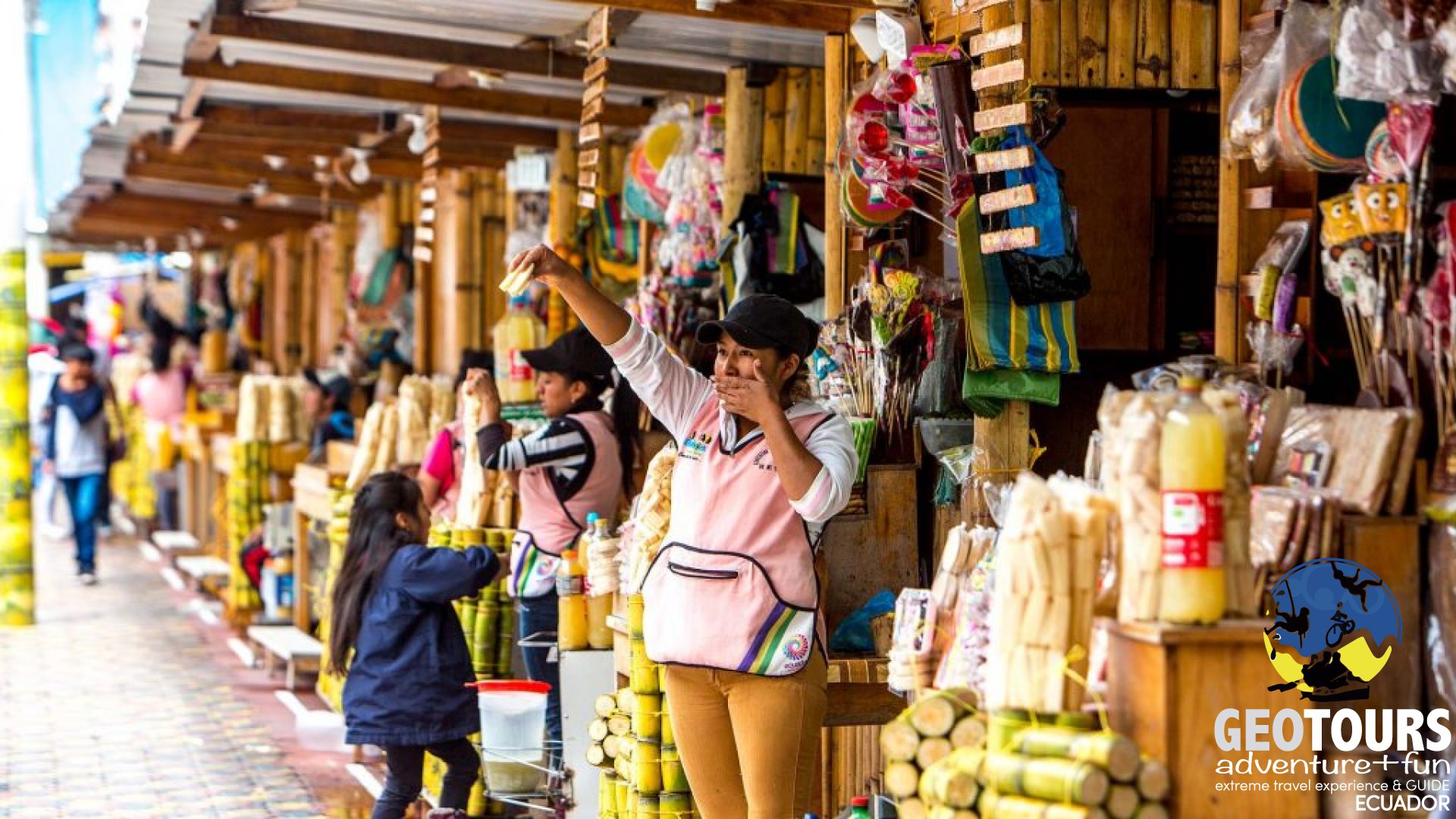